Bee hive removal is a completely different service than for hornet nest removals. Honey Bees are pollinators, we as humans, have to preserve and protect bees.  We do everything in our power to relocate the entire colony with the Queen Bee intact. It takes a completely different (tender) approach since our goal is to minimize the harm that we subject to the bees.

After we are hired for the bee hive removal, we clean out the cavity and attempt to seal the entry on the outside to prevent future entry.  We donate the hive (not sell) it to the local beekeepers clubs to support and inspire them to continue their path to be a stewards over the bees.

The price is substantially higher if we have to cut into a wall, soffit, vent, etc. We try our best to explain the process over the phone so everyone feels as comfortable as possible. However, this process involves a lot of “unknowns”.  You do not know how big the hive is,  no one knows until we open up the structure and get our eyes on the hive.

We warn everyone that we do everything in our power to keeps costs down and we do have some of the lowest prices for bee hive removals from within a structure but when we cut into a wall, ceiling or soffit box – we do not restore the wall, ceiling or soffit to it’s original condition.  We get in, remove the hive and clean it up and then temporary patch with plastic sheeting or tape and you have to fix the damage caused by gaining access to the hive.

Our goal is to find the least expensive way to access the hive.  We immediate attempt to collect the parts of the comb which contain the brood (babies or pupa) and the Queen.  Once we get as much as we can access our goal switches to hive removal & clean-up.

The price we charge to remove hives is a flat-rate base and an hourly rate thereafter.  It is our goal to get in and out of those ridiculously HOT protective suits and get on to the next call.  Call us to discuss your specific situation so we can help!

“The way humanity manages or mismanages its nature-based assets, including pollinators, will in part define our collective future in the 21st century……The fact is that of the 100 crop species that provide 90 per cent of the world’s food, over 70 are pollinated by bees.”
– Achim Steiner

If the bee disappears from the surface of the earth, man would have no more than four years to live?” –  Albert Einstein

We have a couple other websites which address issues with honey bee hive removal & hornet nest removal services.  Our primary website also has a page dedicated to bee hive removal: http://animaltrappingremoval.com/bee-hornet/ 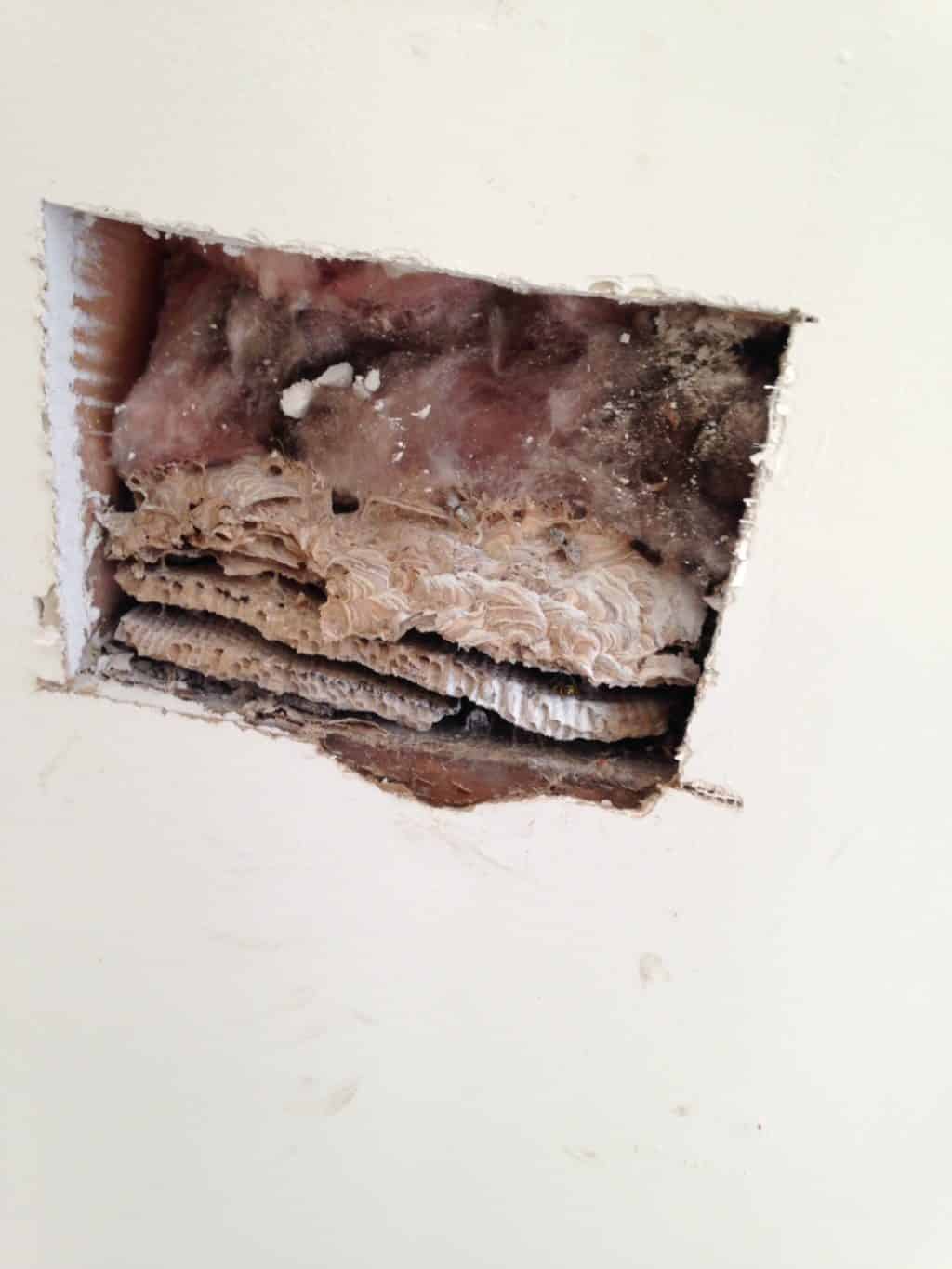 In spite of how 2020 unfolded, we still have a ton to be thankful for! We are grateful for each of you. Stay safe through the Holiday Season.

We never are trying to invalidate our customers when they say “we looked in the attic and didn’t see any signs”. Sometimes they can be right there in the open and a normal person would miss it.