Before you hire someone, hopefully, a professional to perform bat removal services please understand that bats are a protected species – both Federal & State, in Georgia.  The bat maternity season has recently changed to April 1st – July 31st.  During that time we are not allowed to remove the bats unless we can verify that it is not a maternity ward.  Hence, there cannot be any flightless babies.  Now that the maternity season is over, we now are allowed to install one-way valves or hand remove the bats.  If using a bat valve it allows the bats to leave and denies them access back inside.  When using a bat valve we allow the bats at least a week or two to leave.  Once we feel it has been ample times we take down the valve and seal up the final exit.  The home is bat-free. Yay!

Keep in mind, the bat season is during the hottest part of the year.  I do not know how furred critters can endure an attic when it feels like 750 degrees.

This is a picture of a gable vent that had bats in it when we arrived for the second step in the bat removal process.  We have to either hand remove them or install the one-way valve. 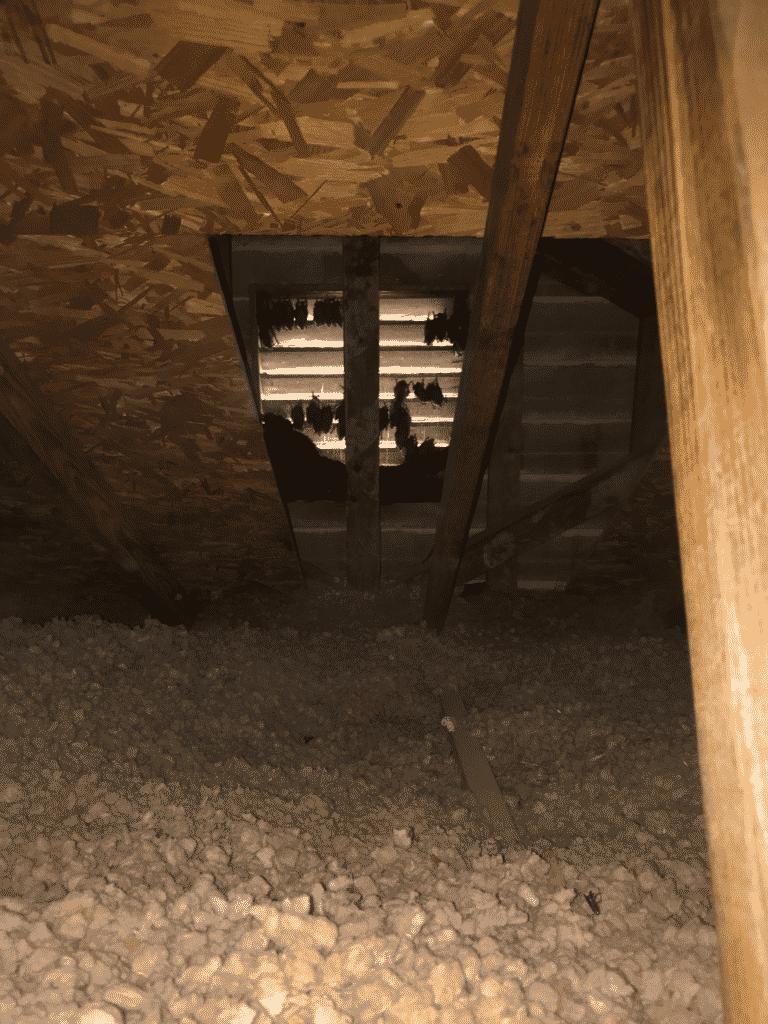 Bat Removal is step #1, Bat Exclusion (sealing up the home – a.k.a. bat-proofing) is step #2.  Step #3 is the bat guano clean-up and sanitization.

Bat guano removal is an add-on service that we provide.  Since there has recently been an increase in the number of bat bugs seen at the roosting site, we also offer a pesticide application add-on to eliminate any pests left behind.

Critters We Deal With -

Any questions give us a call!